Santorini is, without a doubt, one of the most beautiful places for one to visit on Earth; Santorini is a volcanic island located in the Aegean Sea, situated between the Anafi and Ios islands. Especially renowned for its dramatic views, beautiful sunsets, its very own active volcano and also because of a strange eggplant that only grown here; which make this place one of the most visited tourist destinations around the world. Widely considered as a destination that one has to visit at least once before they die, Santorini is instantly recognized by people across the world due to its whitewashed cube-shaped buildings that have a touch of blue accents. But Santorini is simply a pretty face as one can easily enjoy the historical sites the Archaeological Museum of Thera, the Museum of Prehistoric Thera as well the ruins at Akrotiri site, which makes Santorini a destination for everyone; and we have not even mentioned the active volcano island of Nea Kameni. 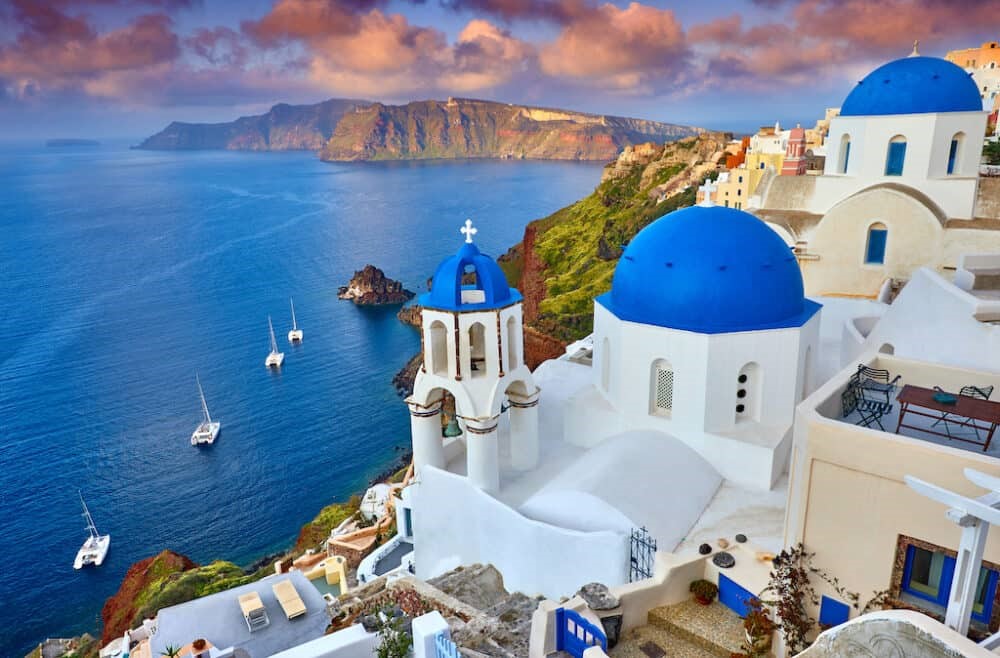 Santorini is one the top choices for the couple who are on their honeymoon because of the complete package that Santorini offers – the perfect place for romance and adventure, and an average of 2 million visitors annually to it is evidence of this fact.

How to reach Santorini

Santorini is a very accessible place, again as evidenced by the fact that on average it receives around 2 million visitors annually, one can reach Santorini by both air and sea; the airport at Santorini serves both domestic and international passengers, but only during May to October, the peak season when several international carriers offer direct flights to Santorini from major European cities, but Santorini offers regular flights from Athena throughout the year, the duration of which is only 30 minutes.

If preferred, one can even board a ferry from Piraeus or even take the daily connection that is available from Crete to Santorini during the peak season, though the experience of arriving at Santorini is one that the individual is sure to remember long in their life.

Things to look for in Santorini 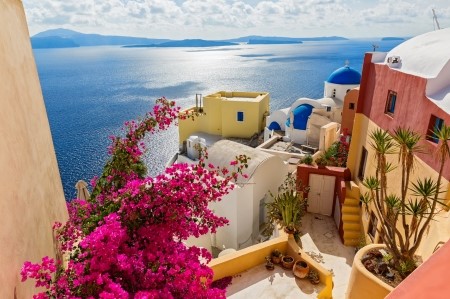 Santorini is a beautiful place for one to visit; one can have the ultimate culinary experience in Santorini as it is widely considered as the culinary paradise, where one can treat their taste buds with some of the traditional products that are only found on Santorini including a special kind of fresh coat cheese as well the special eggplant and other items that are produced using the volcanic ash.

One can even enjoy numerous vineyards that are located on the island of Santorini as well as villages that give the visitors a cosmopolitan experience; the villages and the towns located on Santorini provides a unique experience to its visitor that is hard to experience anywhere else in the world. If you have not visited the majestic place that is Santorini, then you should plan your vacation to this beautiful place right away; the winter season, Nov to April, is the best time for one to visit as the island is less crowded during this time.