Fed up with paying heavily for car rentals? After reading this, your day will be made. We understand it is not always possible to pay high prices for the car rentals, but then again, do we have any other option? No, we don’t, because of the lack of other means of transport. Not just that, aged people who do not have the ability to walk properly anymore have to choose the option of renting cars. Here, we are going to let you know some easy tips and tricks of cheap car renting which would provide some relief to your pocket when you are in the city of Heraklion.

Heraklion is the fourth largest city of Greece and is considered to be the most visited place in Greece. There are huge number of tourists visiting Heraklion every year. Heraklion is known for its culture, variety of museums. When it comes to sports, the city is known to be the headquarters of the Heraklion Football Clubs Association. Not only sports, the city has also given birth to some of the famous scientists and scholars. When it comes to music, the city has the biggest contribution in the music industry.

If you are at Heraklion Airport, you would find a long queue of rental cars. Now the trick is, these same cars reduce their prices drastically somewhere else. So the tip for you is, avoid renting cars at the airport. Renting them at some offsite would be a big advantage. 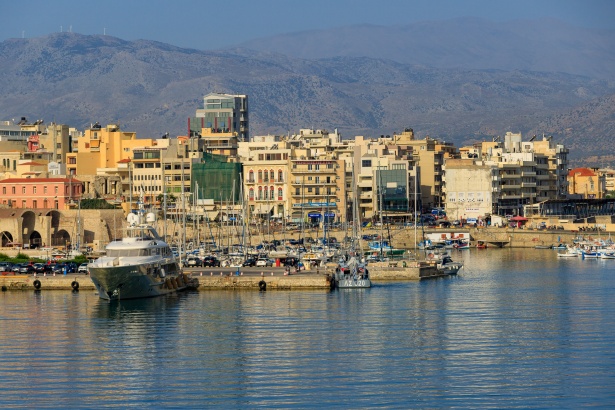 Not just that, while in Heraklion, only the car rentals at the airport have high prices. If you ask the rate of the same car somewhere else, you would be amazed at the shockingly low price of the same car. The same thing happens at Crete too. Some rental companies can trick you with fake mileage reports. You got to stay very careful about it so that the hiring company doesn’t get to fool you. Not just fake mileage reports, they can trick you with fake damage reports too and claim a huge sum of money from you.

Chania Airport is the one airport where you can still find some cars with reasonable rate. What if I tell, you can save on that too? Yes you can. The trick is rent the car for a little longer than the time you will actually need it. This is because you never know if you will be stuck in traffic or some other problem and you definitely do not want to give the rental company a scope to charge you more. This way you can save yourself from getting charged a lot.

While in Chania, the one thing that you can do to save your money is to rent multiple cars and then cancel the ones with higher prices as the rates fall. You would be charged a fee if you cancel air tickets but in case of car rentals, canceling would charge you nothing.

So this way you can choose the one with the lowest rate. These were the five tricks for cheap car renting in Heraklion. I hope it helped you in saving your hard-earned money and made your day beautiful too.